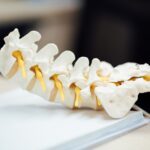 How To Relieve Lower Back Pain

Lower back pain (LBP), one of the most common issues we see come through the doors at Myo Well. 8 out of 10 people will experience some form of back pain during their lives (read about Jesse’s experience with it here). If it’s so common, surely there are well known ways to relieve it? Yes […] 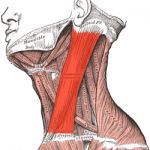 Sternocleidomastoid (SCM), is it causing your headache?

Sternocleidomastoid Sternocleidomastoid (SCM) is an unusual muscle. It has the ability to create movements in many directions. It has two bellys the anterior and posterior, with each performing a slightly different role in terms of movement. The posterior portion performing more of the side bending movement and the anterior more of the head rotation/protraction. The […]

Calf Muscles Lower limb tightness or Achilles pain? The culprit could be your Gastrocnemius. The Gastrocnemius are the outer muscles that make up the calf and achilles tendon. Consisting of two heads, medial and lateral, they originate from the lower posterior surface of the femur above the medial condyle and lateral condyle of the femur. […] 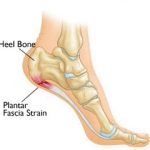 Heel pain in the morning? Plantar Fasciitis is a common cause.

Plantar Fasciitis is characterised as a soreness towards the front of the heel and/or underside of the foot, with the first steps after waking up in the morning. Sometimes too sore to put full pressure down until it warms up. Then as the day progresses the discomfort dissipates and goes away (not always in severe […] 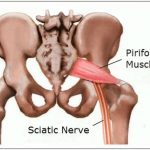 Sciatic type pain is a common complaint that a Myotherapist hears.

Sciatic Pain Do you get sciatic type pain after/while you have been driving? This month we take a look at a habitual driving position that could be causing unwanted pain down the leg. I have recently seen someone that drives a lot, commuting from Geelong to Melbourne for work, experiencing sciatic type pain. It started […] 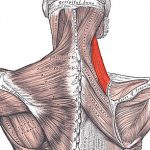 Stretches to help with a sore neck.

Sore Neck? Is a sore neck ruining your day? The culprit could be Levator Scapulae. Connecting from the transverse processes of C1-C4 to the superior medial border of the scapula. It has two main roles; extension and lateral flexion of the neck, elevation of the scapula. Things that can contribute to tightness in this area: […]